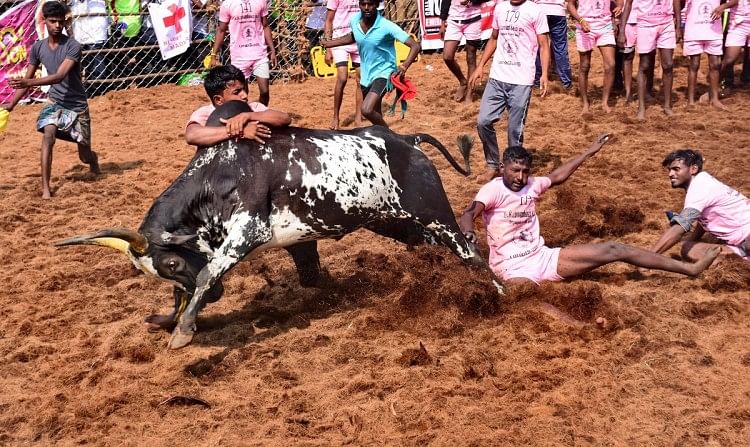 Along with the festival of Makar Sankranti, Jallikattu has also started in Tamil Nadu. The administration has also been alerted regarding this. Let us tell you that about 60 people were injured in the Avaniyapuram area of Madurai on Sunday in this event which will continue for the next 4 days from Pongal.

Of these, 20 have been seriously injured, and have been referred to Rajaji Hospital. Madurai District Collector Anish Shekhar said that all the injured have been sent home after first aid. No death has been reported so far during the event.

On the conduct of Jallikattu in the Palamedu area, the District Collector informed us that all necessary arrangements have been made. By placing barricades at various places, it is ensured that the bulls and all the people participating in the sport are safe during the Jallikattu event.

Along with this, the safety of the audience has also been taken care of. Around 2000 policemen have been deployed at various places.

The District Collector told that we are hoping that no one gets hurt but if someone gets injured then complete arrangements have been made for his treatment. Anish Shekhar told that we are expecting everything will be done smoothly.

Let us tell you that Jallikattu is a traditional game played in the rural areas of Tamil Nadu, in which bulls fight with humans. Jallukattu is considered a symbol of the pride and culture of Tamil Nadu.

Train Running Status Fog stopped the wheels of trains, these trains are running late by hours, see the full list

Google Layoff – After firing 12,000 employees, Google is offering them many facilities