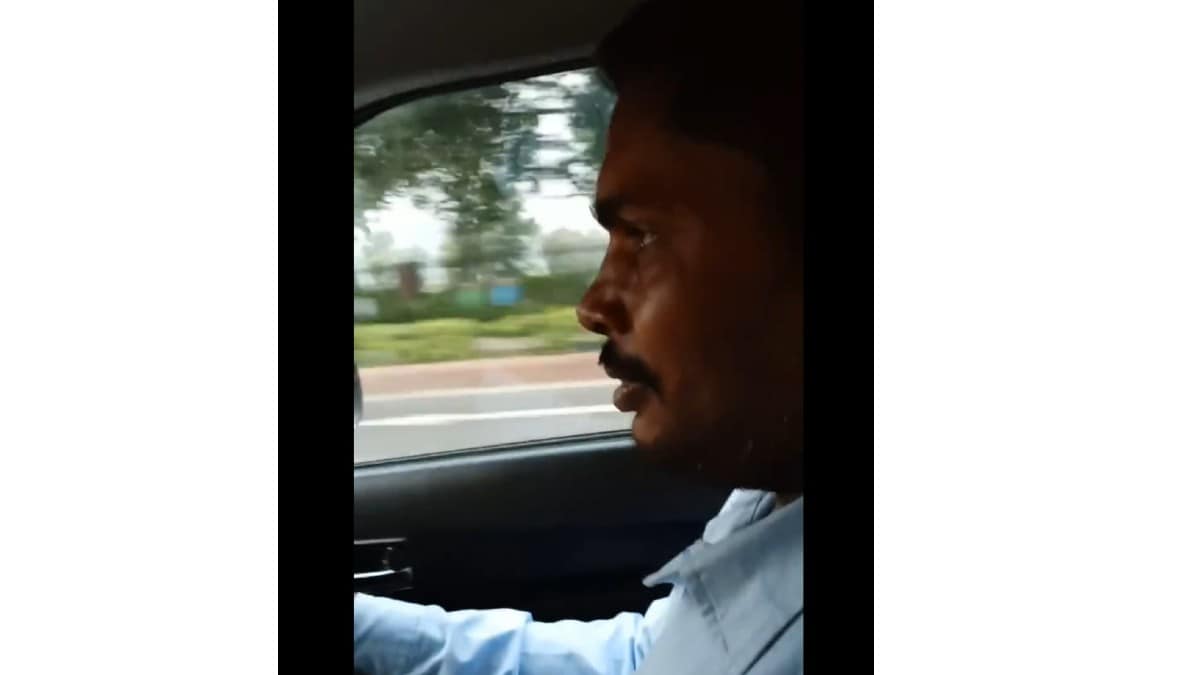 India’s oldest language Sanskrit is limited to only rituals, rituals, and our texts. Despite the inclusion of Sanskrit in school education, very few people pursue it as a subject in higher education. The number of Sanskrit speakers is very less in our country and those who speak Sanskrit come into the limelight. A video of a cab driver going viral on social media shows the hallmark of this. This video of a conversation between a cab driver and a passenger in Delhi is going viral.

Both are talking to each other in Sanskrit. People are liking this video a lot and are reacting with good comments. A user named Lakshmi Narayan BS shared this video. This 56-second video shows the conversation between the two. The passenger in the car is speaking Sanskrit fluently but is shocked when the driver also answers questions in Sanskrit.

Amazing !!
This car driver in Delhi speaks Sanskrit with me this morning!! pic.twitter.com/z6XU8B9glk

The caption of the video reads, ‘Amazing!! This car driver in Delhi is speaking Sanskrit with me this morning! As we told you, the passenger not only speaks in Sanskrit, but the cab driver also answers him in Sanskrit. The passenger asks the cab driver about his hometown and family. The driver replies in fluent Sanskrit and tells that he is from UP’s Gonda district.

The video instantly went viral after being shared on social media. People are praising the cab driver for his fluent Sanskrit. One user commented, “Very nice, listening to this dialogue makes me feel like learning Sanskrit… Thanks for sharing.” Another wrote, “Wow, this is pleasing to the ears.” One user wrote that even this simple conversation in Sanskrit looks as if worship is being done.

This video has got more than 2.5 lakh views so far. Although some people are also telling this scripted. Whatever it is, the video has gone viral and the ongoing conversation between the two is comforting. A cab driver speaking Sanskrit shows that India’s oldest language is still relevant today.