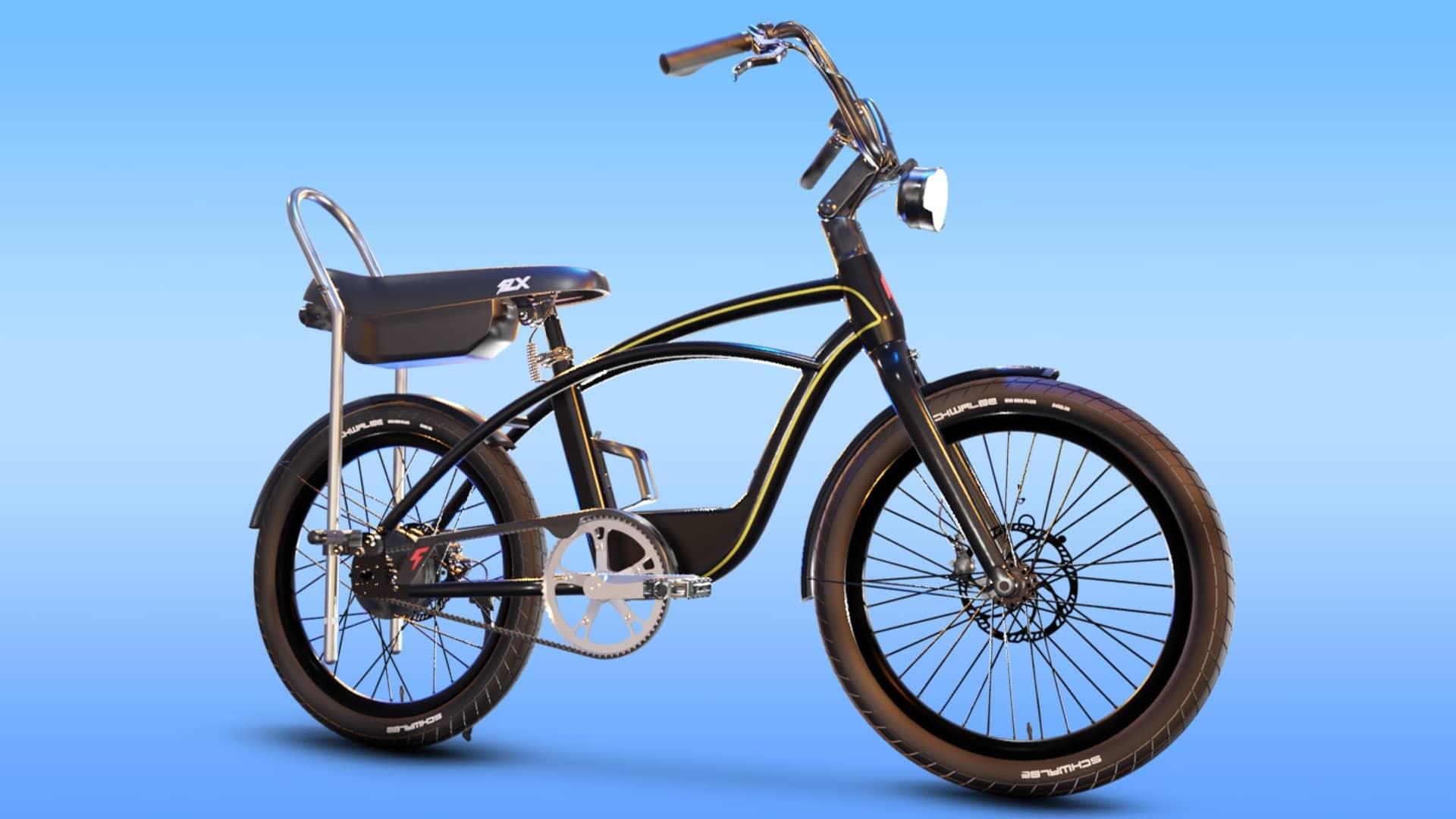 FLX Menace Electric Bike Introduced Reminiscent of the 60s with Retro Look, know the features: E-bikes maker FLX has introduced a new electric bicycle based on the Schwinn Stringray bike. The classic design of the FLX Menace will appeal to users who have ridden or seen the Stingray. The timeless Schwinn Stingray, introduced in the 1960s, has made a comeback with a menace of sorts. Stingray used to be the best option for school kids of that time and Menace looks to be an advanced version of the same. Here we are telling you in detail about FLX Menace.

In terms of design, the FLX Menace electric bicycle includes a swooping frame, banana-style seat, and tall ape hanger handlebars. According to FLX, the real classics have no time limit and just keep coming back again and again. The menus also have a stylish look with a modern design. The Stingray came as a single-speed model but later added a Silk Shift 3-speed model. However, it was later banned due to design flaws in its shift system.

Security and performance have been improved in FLX Menace electric bicycle, in which no such problem will arise. It uses a rear hub motor that works flawlessly without changing gears. It has a belt drive system. This includes Magra hydraulic disc brakes and rear pillion pegs for one passenger.

The FLX Menace electric bicycle features a rigid frame design. In terms of speed, it can run at a maximum speed of 45 kmph, with which it can also provide a better range. The battery is placed under the seat, but FLX hasn’t revealed the capacity yet.

Talking about availability, FLX has started booking Menace for $100 i.e. Rs 8,185. Talking about the price, its estimated price can be $ 1,999 i.e. Rs 1,63,656. FLX Mains could be released in the summer of 2023. Due to its retro-styling and classic look, its demand and reservation time may increase.