Let’s start with the name of God “Waheguru Ji ka Khalsa, Waheguru Ji Fateh”. Chandrakona is part of West Bengal in a small village the place at which we have visit known as Gurudwara NANAKSAR. Historians say that this city made by king Chandraketu which is known as Chandrakona here GURU NANAK DEV JI while doing his first travel(Udasi) in the year 1506 took a stop with Bala Ji and Mardana Ji and from here only he further went to Cuttack and Jagannath puri.

Gurudwara Nanaksar Is also known as Gurudwara Ramgarh when you came from the Busstand of Chandra Kona town on the roadside the gurudwara’s name is clearly written on the left side Gurudwara NANAKSAR took care of by the committee of Kharagpur Gurudwara the leader here Satnam Singh Ji.

The history of this Gurudwara

GURU NANAK SAHIB JI Maharaj has done four Udasi(travellings) in his life in his first travelling he came here with Bhai Bala Ji and Bhai mardana Ji in the year 1510, in the month of June they came here at his first day here, the saints and the people of this village were blessed by Maharaj Ji he gave an important message (updesh) to do the different things do meditation, recite god’s name and do share on the second day the king – Chandraketu was the founder of the kingdom of Chandrakona. In Ain-E-Akbari it was mentioned as ‘Mana’ came to meet GURU NANAK DEV JI and requested him to bless him and to tell him the way to heaven and asked to bless him to have a child GURU NANAK DEV JI accepted his request and told him to make a Dharamshala here do the sewa of the sadhu’s who come here and also recite the name of the god early morning king followed the sayings of GURU NANAK DEV JI and made an ashram hereafter sometimes which was named GURU NANAK ashram 200 acres of land was registered and sewadars were kept for doing the sewa of people who came there and reciting the god’s name after some time the god gifted king a daughter, on the third day GURU NANAK DEV JI meet five brother farmers gontu bala, hontu bala, dakhni bala, tetla bala, chota bala they all requested that please have food at home GURU NANAK DEV JI accepted their request and have eaten food at their home, and gave them a way to recite the god’s name (mool mantra and guru mantra) they all recited the god’s name their whole life on the fourth day GURU NANAK DEV JI blessed this place and told them to do not leave name of god, will grant the wish whosoever will come here and asks for something today also here the old bengali’s do recite the god’s name ( pehli paudi da path) and GURU NANAK DEV JI’s this ashram gurudwara sahib is kept by tremendous love and care and there after GURU NANAK DEV JI went to cuttack, odisha.

Read More: Jadav Payeng – The Man Who Planted An Entire Forest By Himself – Molai Forest Reserve

Chaitanya Mahaprabhu and Guru Nanak both met at Puri and spent some time there. This incident is recorded in Chaitanya Bhagbat of Ishwar Das written in Oriya in the 17th Century. He also gave updesh to Bengal’s Mahaprabhu Chaitanya Ji and he went from that place and take place in Bengal then Bengal’s people accepted him as Lord Krishna’s avatar.

Chandrakona, here on the day of the full moon very big celebrations. There is no Sikh family in the range of 50-60 km in this area, but the Sangat(people) come from Kolkata, Kharagpur, tata Jamshedpur, Durgapur, Asansol, Raniganj, Dhanbad, Panagarh a huge amount of people(Sangat) come here for darshan of this holy place. a lot of arrangements are made and on the day of the full moon(Purnima), at morning 9:00 am a Khand Path Bhog is done and all day a lot of celebrations and things get decorated this is an old gurudwara this whole gurudwara is made by Nanak shahi bricks at the time of doing renovation they have left two spots empty for the people to know that this is old gurudwara whole structured front and back both are plastered and outside covered with white tiles. 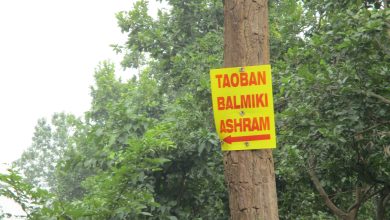 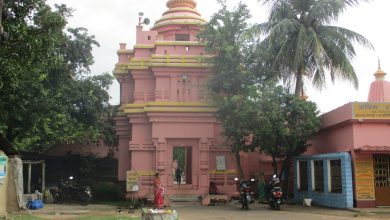 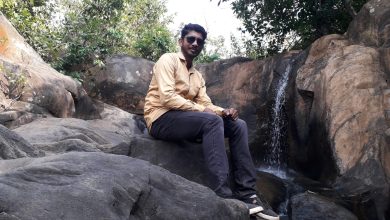