Related Articles
U.S. Army soldiers from the 101st Airborne division off load during a combat mission from a Chinook 47 helicopter March 5, 2002 in Eastern Afghanistan.

Saturday marks the 20th anniversary of the Sept. 11, 2001 attacks that took 2,977 lives and changed the world forever. It permanently altered the security landscape in the United States and elsewhere, forcing governments to completely overhaul their defense strategies, policies and counterterrorism tactics.

Twenty years on, events in the very country that harbored the perpetrators of the 9/11 attacks — Afghanistan — have seen the War on Terror come eerily full circle.

The collapse of Afghanistan following the U.S. troop withdrawal, and its takeover by the Taliban — the group that hosted al-Qaeda as it plotted its attacks on the West — for many represents a symbolic and devastating failure.

In the last two decades of the war against terrorism, millions of lives have been lost and trillions of dollars spent. CNBC spoke to CIA, military and diplomatic veterans of the ongoing War on Terror, asking what they feel America has learned — and failed to learn — since Sept. 11, 2001.

“Honestly, I don’t think we’ve learned that much; I think we’re probably destined to be making some of those mistakes again. But hopefully we’re done with giant occupations of other countries.

“I hope that we have gotten to the point now where we understand that we can’t spread our democracy and rebuild other countries in our model, in a way that we were naive enough to think would work at that time.”

“We’ve learned that 20 years of war has made us the best in the world at small unit tactics, but continuing to fight insurgencies is none of our business.

I think the consequence (of Afghanistan) is nobody’s going to be rushing to intervene. Anywhere. Until the trauma of this has all disappeared.

“I think many Americans have learned not to trust their government. ‘Leadership’ lied to the American public for 20 years, while the actual situation on the ground in Afghanistan was no mystery to the people who served there. This has gone on for two decades as senior ‘leadership’ moves from the military or government into high-paying defense contractor jobs.”

The One World Trade Center is reflected on a nearby building ahead of the 20th anniversary of the September 11 attacks in Manhattan, New York City, U.S., September 10, 2021.

“Here’s the scary thing though: I don’t think the general public has learned anything. They haven’t been invested in the GWOT [Global War on Terrorism] on a large scale. If they had been, they would be demanding accountability for the entire thing, with the debacle in Kabul as the catalyst.”

Jay requested his last name be withheld due to professional restrictions on speaking to the press.

Merging terrorism with religion was the biggest mistake I think that was made. We created enemies which were not there.

“We certainly learned the limitations on the use of force in dealing with a problem such as global terrorism — we’ve learned it’s more complicated, and that liberal democracies are not very good at devoting the necessary time and resources to doing the work. They are impatient, and their political horizons are very short.

“What we’ve also learned since 9/11 is that the radical Islamist threat remains as potent as ever, it hasn’t gone away. And importantly, we’ve learned that radical Islamist ideology is not Islam. It’s different.”

“We continue to have things like war on terrorism, war on drugs. These are wars that fail. These are ongoing societal and ideological questions that need complex, difficult policies that are not easily dealt with by something as simple as war.”

“I think the intention that the U.S. had was a good intention, because the 9/11 attack was a horror to all. I believe that the overall war against terrorism is a justified cause.

“But merging terrorism with religion was the biggest mistake I think that was made. We created enemies which were not there.”

The rubble of the World Trade Center smoulders following a terrorist attack September 11, 2001 in New York.

Fragile or failed states are hotbeds for terrorism, and I do think that we have created new hotbeds.

“Foreign and defense policymakers in DC need to start thinking longer-term about America’s strategic interests globally instead of choosing what is in their best interests short-term. The American people need to demand that their elected representatives have a firm grasp on strategic end-states in any major conflict going forward.”

Is the world a safer place today?

“9/11 forced us to deal with a war of ideas rather than war of people or conquering territory and land. I think we are safer in that we have a better understanding of that.

“I think we’ve ebbed and flowed as far as safety. The U.S. government has caught people planning attacks and stopped them before they’re able to take action, since 9/11.

“I do think in some ways we are safer, I think in other ways our actions have created obviously a lot more chaos and harm and — ISIS. I mean, let’s be realistic, we would not have ISIS had we not invaded Iraq. We wouldn’t have al-Qaeda in Iraq.”

“I do not believe that we are more unsafe now, but we could have been in a much better position, if we had balanced the fight against terrorism from all different aspects — education, economy, mentality, instead of only military — and not merged terrorism with religion.”

Taliban take control of Hamid Karzai International Airport after the completion of the U.S. withdrawal from Afghanistan, in Kabul, Afghanistan on August 31, 2021.

“We’ve got better intelligence defenses; it’s much more difficult for terrorists to mount complex attacks of the sort that 9/11 was … but this ideology is still able to produce homegrown people willing to do unspeakable things. And indeed, the Taliban takeover of Afghanistan will probably have encouraged these people.

“The nature of the threat has changed – it’s less concentrated and more dispersed all over the world. The radical Islamist franchise is alive and well.”

How would you describe your feelings, reflecting on where we are now?

“Those last two weeks of August, just speaking for myself, were incredibly difficult for me. I felt like everything I did didn’t matter. Like all of the good that I was trying to do was just sort of erased.

“I think the biggest one is frustration, combined with sadness, because it didn’t have to be this way. I think for quite a smallish investment compared to what we put in before, we didn’t have to suffer a total defeat.

“We built up an Afghan army that was totally dependent on day-to-day air support and logistics, then when we pulled the rug from under them and were a bit surprised when they collapsed. So the manner of our leaving was very frustrating.”

“I truly hope more people inside and outside the government have been taking notes and are ready to overhaul the entire national security apparatus because our adversaries around the globe have definitely been paying attention.”

“The War in Afghanistan was the most morally justified war American has entered since World War II. But policymakers went in without thought for the end game, and now we’re seeing the results.

“How do I feel about the war overall? My heart hurts. It hurts for the people of Afghanistan who haven’t known real peace in decades and will now live under the evil rule of the Taliban again.

An artist paints a tribute to victims of the bomb blasts at the Hamid Kazrai International airport in Kabul, outside an art school in Mumbai, India, August 27, 2021.

“The limitations on overwhelming military power that Iraq and Afghanistan have shown will make countries in the West very reluctant to get involved.

“I think the consequence is nobody’s going to be rushing to intervene. Anywhere. Until the trauma of this has all disappeared.”

One Dead, 10 Missing As Hotel Collapses In Eastern China

Travelers care deeply about sustainability – until it inconveniences them

One Dead, 10 Missing As Hotel Collapses In Eastern China

Travelers care deeply about sustainability – until it inconveniences them

Bayern, Leipzig in transition with new managers. Who will come out on top? 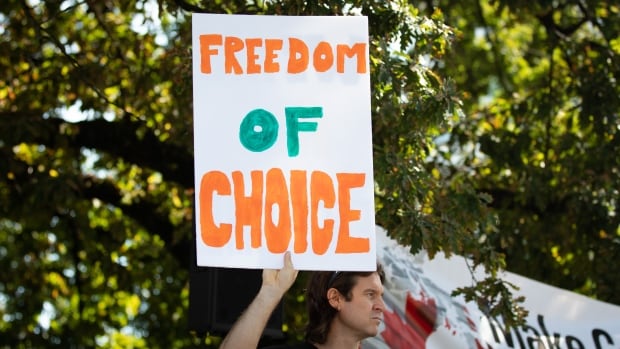 Huawei CFO Meng Wanzhou to be released after agreement with U.S. in wire fraud case

Bitcoin and ether slide as China intensifies crackdown on cryptocurrencies 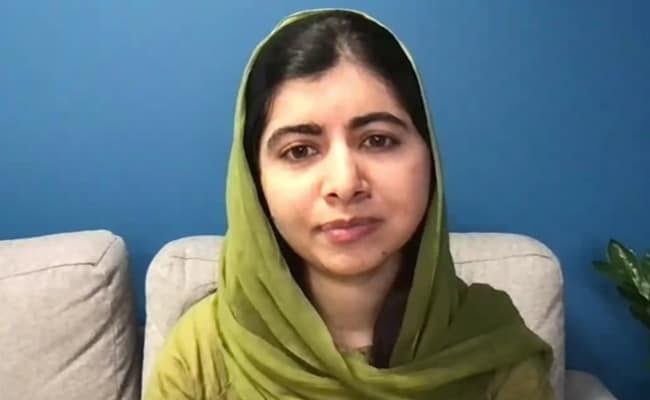 The winners (U.S.) and losers (Europe) were clear on Day 1 at the Ryder Cup
2 seconds ago

The winners (U.S.) and losers (Europe) were clear on Day 1 at the Ryder Cup 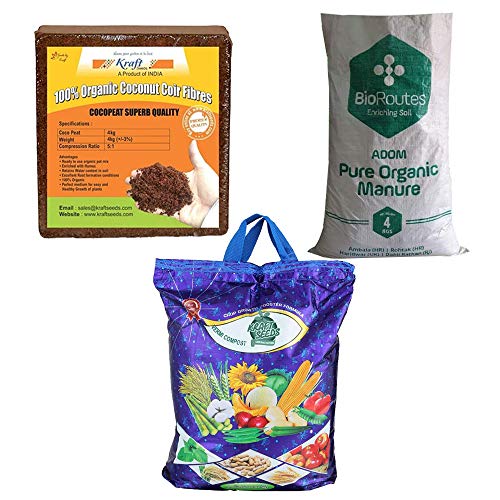 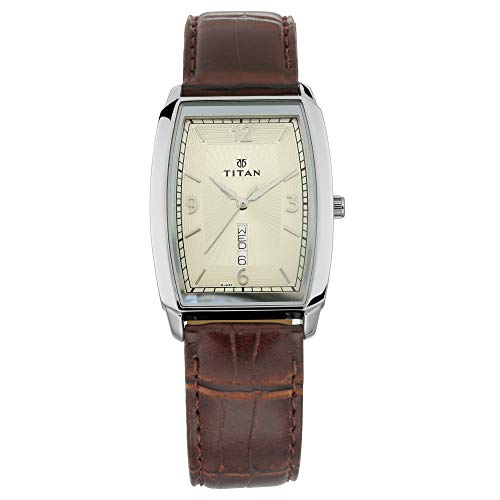 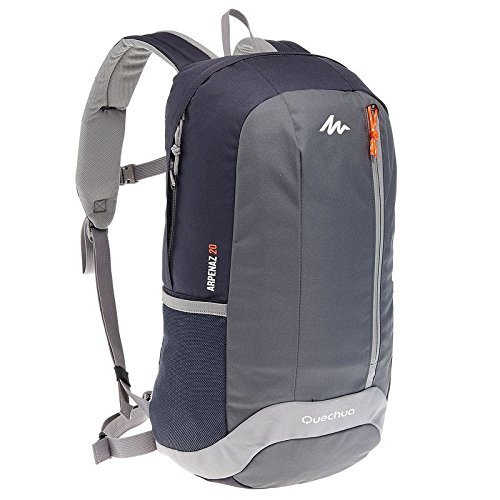 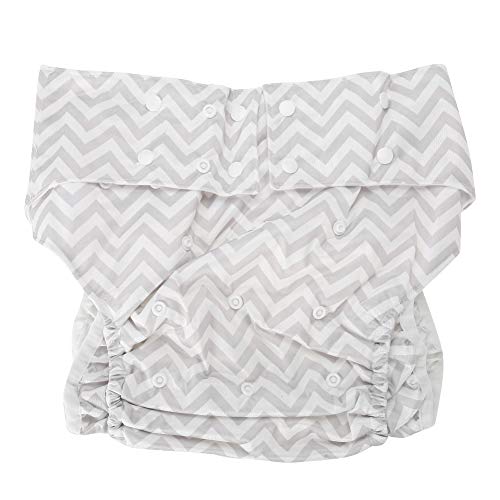