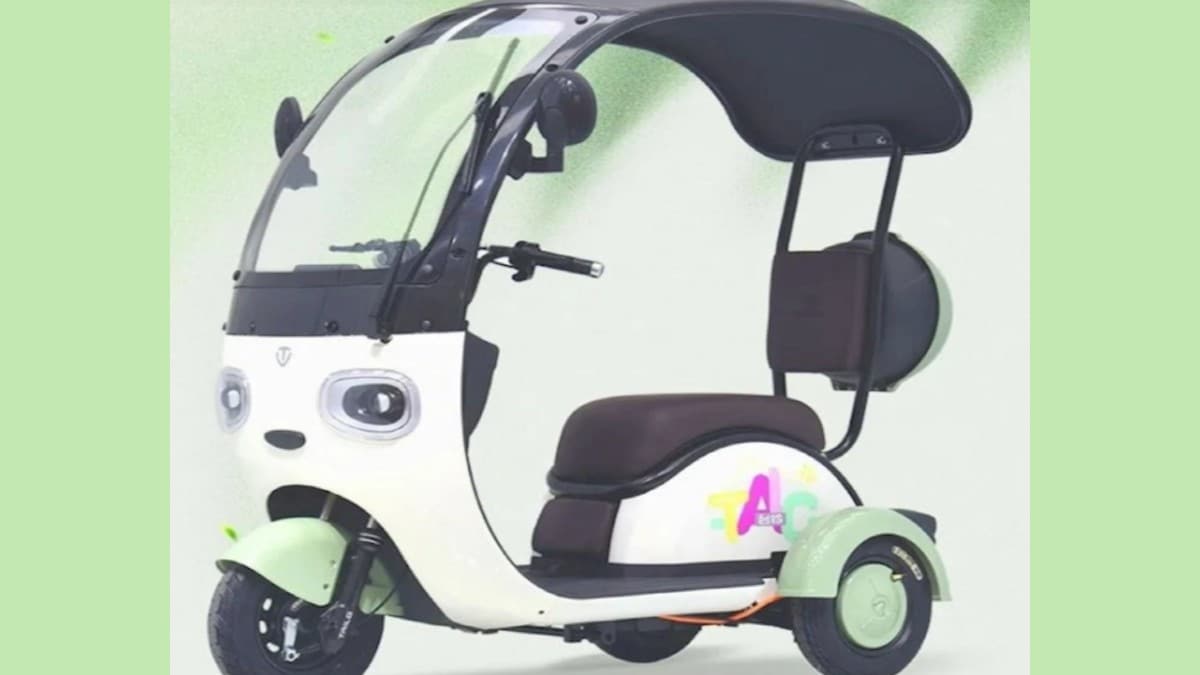 Tailing Q5 Electric Tricycle Running 70km In Single Charge Launched: Electric scooters are becoming the most popular two-wheeler in today’s time. But a Chinese manufacturer has launched a three-wheeled electric bicycle with a canopy design. That is, you also get a roof on it. Launched under the name Tailing Q5, this three-wheeler is quite attractive to look at and quite useful as well. It is a convenient traveling option that will also protect you from weather ravages like sun and rain while on the road. We are giving you complete information about what features the company has given in this tricycle.

In Tailing Q5 Electric Tricycle, the company has given a range of 70 km. The design of the vehicle is quite compact. According to the company, it has been made keeping children in mind. This means that children can often use it to move from one street to another. The company says that no license will be required for such electric vehicles but they can be registered.

Tailing Q5 is quite attractive to look at. Panda lens headlights have been given in it. The company gives windshield with it. That is, it protects you from the sun and rain. The accelerator given in the handle controls its speed. Apart from this, an LCD instrument panel is also available in it. It shows information like battery power and speed in this display. 110 large drum brakes have been given in its front.

130 drum brakes have been given in the rear of the Tailing Q5 electric tricycle. Talking about its power, the company has given 500W motor in it. The battery is 72V 20AH. This three-wheeler can be run up to 70 kilometers on a single charge. This e-vehicle has been launched only in China. The company has not even shared its pricing details yet. Overall it is a lightweight and very good-looking passenger vehicle option.