The counting of votes will take place on June 10 at 5 PM, which is after the polling hours.

Bengaluru: A day ahead of the Rajya Sabha polls for four seats from Karnataka, Congress Legislature Party leader Siddaramaiah on Thursday wrote an open letter to JD(S) MLAs requesting them to cast their “conscience vote” in favour of his party’s second candidate Mansoor Ali Khan, stating that his win will be a victory of “secular ideology” followed by both parties.

JD(S) leader HD Kumaraswamy hit out at Siddaramaiah for writing the letter to his party MLAs.

“If he had discussed this with our party leaders before filing nominations such complications would not have arisen…he has written about support for minority candidates, then why didn’t Congress make Mansoor Ali Khan its first candidate instead of Jairam Ramesh,” Mr Kumaraswamy said.

Interestingly, in the letter, Siddaramaiah has repeatedly referred to JD(S), the party from which he was expelled in 2005 and that he repeatedly called ‘B-team of BJP’ during previous assembly polls, as a “secular party”.

The appeal from the Leader of Opposition in Karnataka Assembly came after Mr Kumaraswamy on Thursday strongly urged the Congress to support his party candidate — D Kupendra Reddy — to strengthen “secular forces” and tagged AICC General Secretary in-charge Randeep Singh Surjewala in a tweet.

“This Rajya Sabha poll that is before us, is a question of life and death for secularism. While there are Congress and JD(S) on one side ideologically, there is BJP which breathes communalism on the other side. The victory and defeat of our second candidate Mansoor Ali Khan is being watched with curiosity by not only minorities but by all those who believe in secularism,” Siddaramaiah said.

Further stating that Mr Khan’s victory will not belong to any one particular party, he said, it will be the win of a “secular ideology” that both Congress and JD(S) believe in.

“As public representatives, it is our duty to become the voice of the conscience of our voters who are our bosses. I appeal to you (JD(S) MLAs) to cast your conscience vote for our party’s Mansoor Ali Khan, who is committed to secularism,” he added.

This comes after talks between the Congress and JD(S) to find some kind of a partnership aimed at defeating the ruling BJP in the contest for the fourth seat in the Rajya Sabha elections from Karnataka seems to have reached a deadlock, with both parties firmly sticking to their stand.

Mr Kumaraswamy had made an offer to trade second preference votes with the Congress, but the main opposition party on Wednesday made it clear to the JD(S) that it was now time for it to return the favour, pointing out that former prime minister H D Deve Gowda got elected to Rajya Sabha last time with its support in June 2020.

Noting that the country is currently passing on the path of disquiet and that the democracy is in danger, Siddaramaiah in the two-page letter, while explaining Congress’ commitment to “secularism”, reminded JD(S) MLAs about its support in making their supremo HD Deve Gowda as the Prime Minister and member of Rajya Sabha (in 2020), and making Mr Kumaraswamy Chief Minister after 2018 polls despite the regional party having just 37 seats.

With a belief that JD(S) aimed at fulfilling its ideological commitment would extend its support, the Congress decided to field Mr Khan as its second candidate, he said.

“JD(S)’s sudden decision to field a candidate despite not having enough votes has shocked us.” Trying to project this election as a fight between ideologies of secularism and communalism, the former Chief Minister accused the ruling BJP of spreading religious hatred in the state and highlighted the textbook controversy, alleging disrespect to respected personalities of the state and the country.

“…it is the desire of the people who believe in secularism, peaceful coexistence that by utilising this opportunity created by Rajya Sabha polls, a befitting reply should be given to communal and casteist BJP,” he added.

Six candidates have filed nominations for the Rajya Sabha poll for four seats from Karnataka, necessitating a heated contest for the fourth seat.

Despite not having the adequate number of votes to win the fourth seat from the state Assembly, all the three political parties in the state — BJP, Congress and JD(S) — have fielded candidates for the seat, forcing an election.

A candidate needs the support of 45 MLAs to win, and based on their strength in the Legislative Assembly, the BJP can win two seats and the Congress one.

After getting two Rajya Sabha candidates (Ms Sitharaman and Mr Jaggesh) elected on their own strength in the Assembly, the BJP will be left with an additional 32 MLA votes.

The Congress will be left with 24 MLA votes after electing Jairam Ramesh, while the JD(S) has only 32 MLAs, which is not sufficient to win a seat.

The counting of votes will take place on June 10 at 5 PM, which is after the polling hours.

There are talks that the BJP may be at an advantage if preferential votes were to be counted and Congress and JD(S) don’t come to any understanding or if there is no cross-voting. 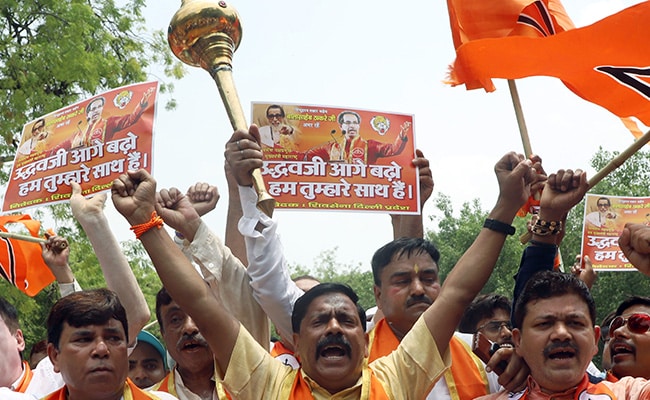 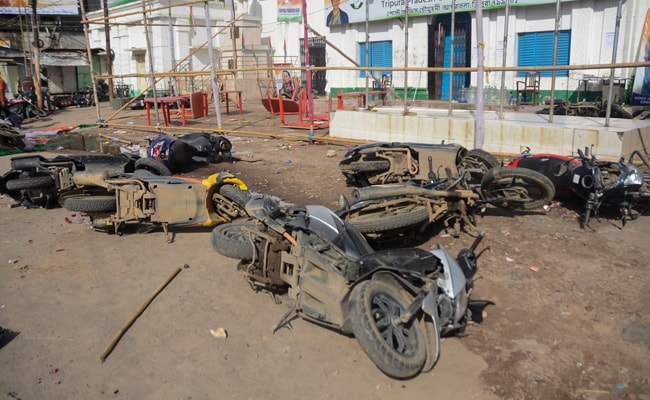