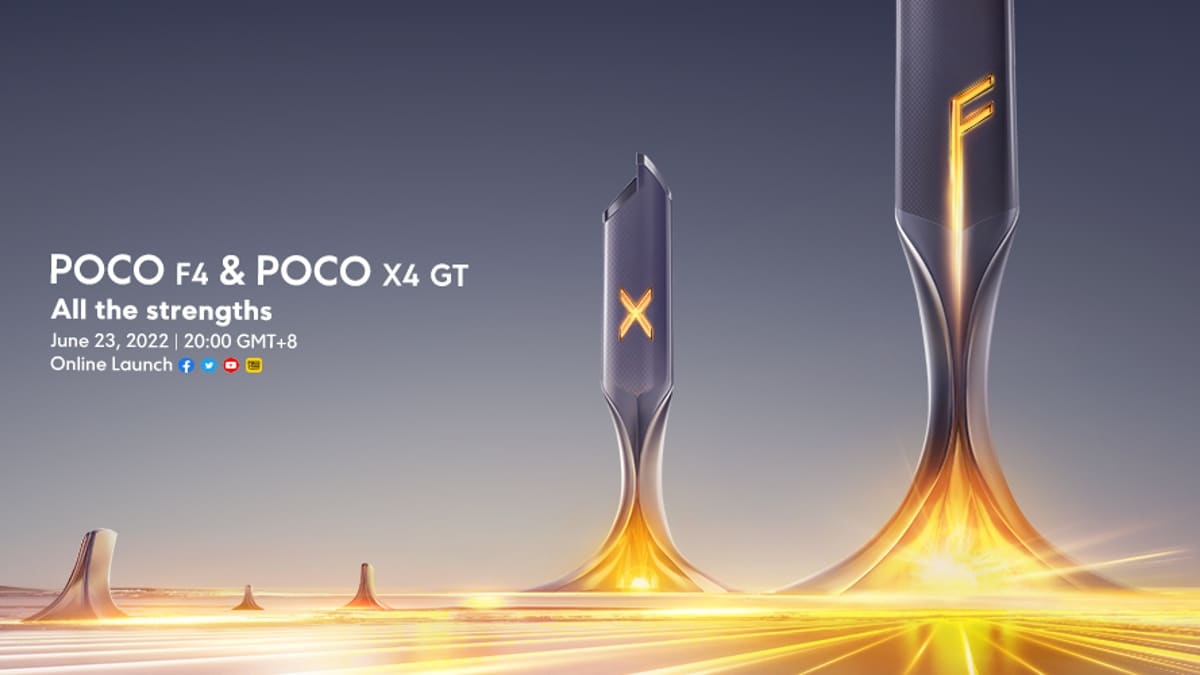 Poco F4 5G will get 2 years of warranty instead of 1 and Poco X3 Pro users will get 6 months of extended warranty, an executive from Poco India has announced. Additionally, the company also says that it now has over 2,000 service centres in India. The smartphone will be launched globally alongside the Poco X4 GT on Thursday at an event scheduled at 5:30pm on the company’s YouTube channel. The news comes a day after the specifications of both the smartphones surfaced on a website of an official distributor of Xiaomi equipment in Poland.

Himanshu Tandon, Poco country head announced in a short clip shared on Twitter that the company will offer 2 years of warranty on the Poco F4 5G essentially making it the first smartphone from the Poco brand to come with 2 years warranty. He also announced that the Poco X3 Pro users will get an extension of 6 months warranty. The warranty will be applicable to both existing and new Poco X3 Pro users.

Like I said earlier, I started my journey as a fan and believe in giving back to fans!

Announcing two big announcements before tomorrow’s launch:
1. POCO F4 5G will get 2 Years of Warranty instead of 1.
2. 6 Months extended warranty to all X3 Pro users#EverythingYouNeed pic.twitter.com/EDhS6sAxh8

As mentioned, the Poco F4 5G will be launched alongside the Poco X4 GT at a global event scheduled at 5.30pm IST. It will be streamed live on the company’s YouTube channel.

The Poco F4 5G is reported to sport a 6.67-inch full-HD+ (1,080×2,400 pixels) AMOLED DotDisplay with 120Hz refresh rate. It could be powered by the Snapdragon 870 SoC paired with up to 8GB of LPDDR5 RAM. It may get a triple rear camera setup headlined by a 64-megapixel primary camera. The phone is said to get an 8-megapixel ultra-wide camera and a 2-megapixel macro shooter. It is tipped to feature a 20-megapixel front camera. The phone is claimed to pack a 4,500mAh battery with support for 67W wired charging.

The Poco X4 GT may sport a 6.6-inch full-HD+ (1,080×2,460 pixels) LCD display with 144Hz refresh rate. Poco confirmed that the smartphone will come with the MediaTek Dimensity 8100 SoC. The phone is tipped to get a similar camera configuration as the Poco F4 5G. The phone is said to pack a 5,080mAh battery with support for 67W wired charging.