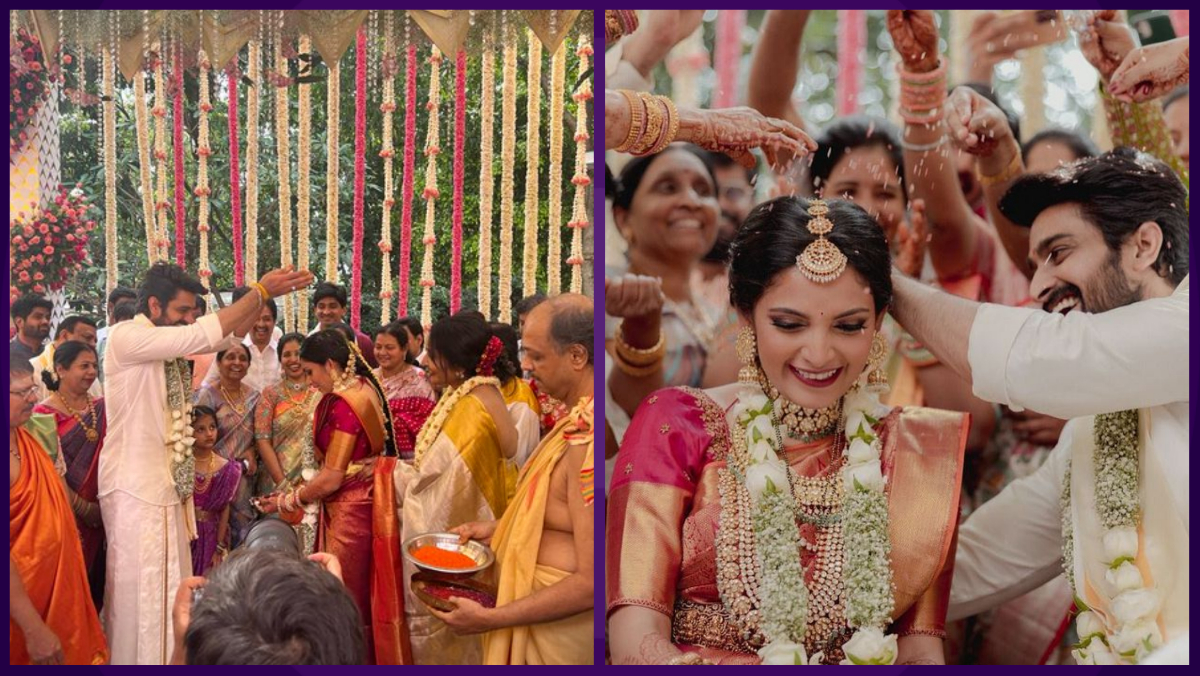 Naga Shaurya Wedding:  South actor Naga Shaurya has tied the knot with Anusha Shetty. Let us tell you that they got married on 20 November in Bangalore. Whose photo is going viral on social media? Popular Telugu actor Naga Shourya took to his social media to share a picture of his long-time girlfriend and interior designer Anusha N.Shetty wearing a mangalsutra.

Let us tell you that Naga Shaurya and Anusha Shetty tied the knot in a hotel in Bangalore on Sunday. Pictures and videos of the pre-wedding celebration and wedding ceremony of both are going viral on social media. The couple is looking very beautiful in the picture. The actor wrote in the caption, “Introducing my lifetime responsibility.” As soon as the wedding videos and photos went viral on social media, commoners as well as specials are congratulating them on their marriage.

Another reception will be organized

Their pre-wedding celebration took place on November 19, which included a Mehendi ceremony and a cocktail party. In the pictures, Naga was seen wearing a blue kurta while Anusha wore a floral embroidered lehenga. For the wedding ceremony, she wore a white kurta with dhoti and Anusha was seen in a traditional style wearing a golden embroidered saree, heavy jewelry, and a gajra in her hair. They will host a reception for industry friends and family members. Naga was recently seen in ‘Krishna Vrinda Vihari’. He will next be seen in an action entertainer ‘Rangbali’, the shooting of which has already started.