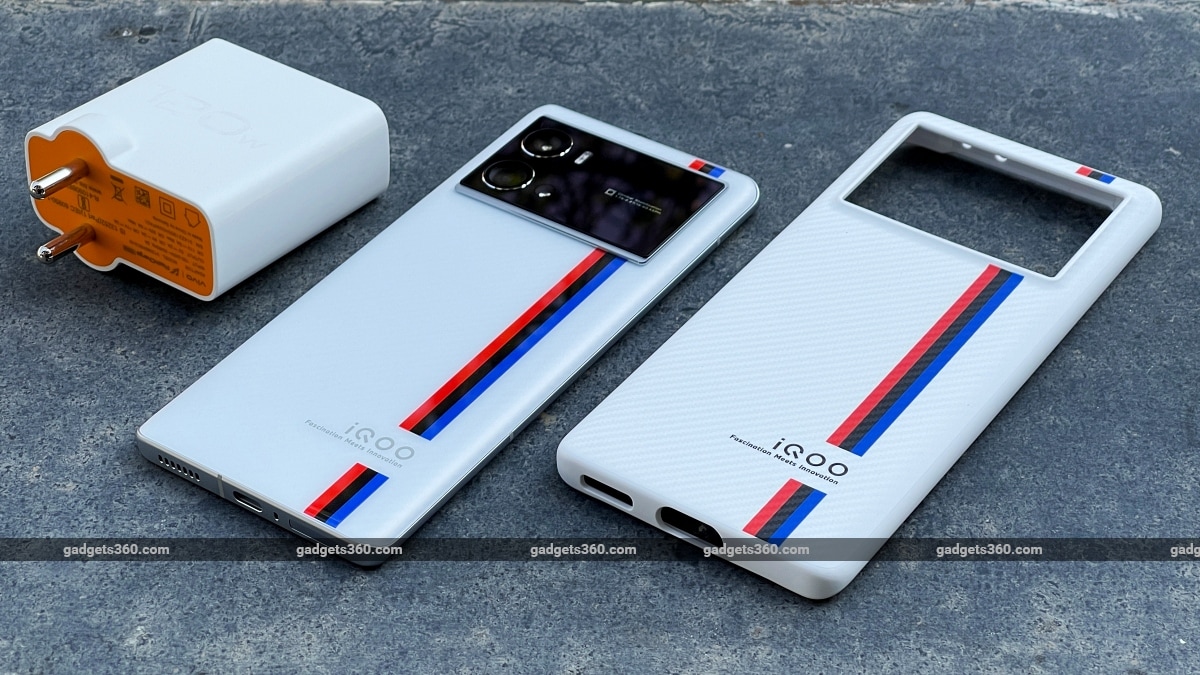 iQoo 10 Pro is expected to be unveiled in China next month. Now, ahead of the official debut, a tipster has leaked the specifications of the unannounced iQoo 10 series smartphone. The iQoo 10 Pro is tipped to feature a triple rear camera unit led by a 50-megapixel primary sensor. It could be powered by the Qualcomm Snapdragon 8+ Gen 1 SoC coupled with up to 16GB of RAM and a maximum of 512GB of storage. The handset is said to offer 200W fast charging support as well.

Tipster Mukul Sharma (@stufflistings) leaked alleged specifications of the iQoo 10 Pro on Twitter. As per the leak, the phone will feature a 6.78-inch (1,440×3,200 pixels) 10-bit LTPO (low-temperature polycrystalline oxide) display with a 120Hz refresh rate. As mentioned, it is tipped to come equipped with Qualcomm Snapdragon 8+ Gen 1 SoC. It could be offered in four RAM options — 6GB,8GB,12GB, and 16GB— and three storage options—128GB, 256GB, and 512GB.

For optics, it is expected to feature a triple rear camera unit led by two 50-megapixel sensors and a 14.6-megapixel sensor. Vivo is likely to pack the company’s in-house image signal processor (ISP) on the upcoming handset. For selfies, the iQoo 10 Pro is said to include a 16-megapixel shooter at the front. It could offer up to 512GB of onboard storage as well.

The handset is tipped to feature an ultrasonic in-display fingerprint sensor for authentication. It is said to pack a 2,275mAh dual-cell battery with support for 200W fast charging. The phone may feature a 4,700mAh battery similar to the iQoo 9 Pro. The phone could measure 164.91×75.50×9.49mm and weigh 216.2 grams.

As per past leaks, the iQoo 10 Pro will be launched in July 2022 in China alongside the vanilla iQoo 10. The former is likely to succeed the iQoo 9 Pro, which was unveiled in February this year in India with a starting price of Rs. 64,990 for the base 8GB RAM + 256GB storage variant. The iQoo 9 Pro features a 6.78-inch 2K E5 AMOLED display with an adaptive 120Hz refresh rate. It features octa-core Snapdragon 8 Gen 1 SoC, along with up to 12GB of LPDDR5 RAM and comes with the triple rear camera setup led by a 50-megapixel Samsung ISOCELL GN5 primary sensor.