Amardeep Singh and his wife Vininder Kaur will release the weekly episodes of the docuseries.

Singapore: An Indian-origin Singaporean Sikh couple will be releasing online a 24-episode docuseries that chronicles the vast expanse of sites that were visited by Guru Nanak during his lifetime.

Amardeep Singh and his wife Vininder Kaur will release the weekly episodes of the docuseries at no cost on the website TheGuruNanak.com, Mr Singh said on Friday. It will also be available for download.

In the next phase, the docuseries, produced by ‘Lost Heritage Productions’ and ‘SikhLens Productions’, will be translated into Punjabi and Hindi.

Over 550 years ago, Guru Nanak travelled across the distant lands of Pakistan, Afghanistan, Iran, Iraq, Saudi Arabia, Tibet, Bangladesh, India and Sri Lanka for over two decades on an altruistic pursuit to spread the message of the oneness of creation.

To relate with people of diverse cultures and belief systems, Guru Nanak engaged in philosophical and social dialogue, and through the medium of words and music, he gracefully imparted experiential and spiritual insights, fearlessly challenged the binary constructs of society, and relentlessly opposed gender, religious, racial and class inequalities.

In the 21st century, geopolitical restrictions and cultural mandates impose immense challenges to trace Guru Nanak’s extensive travels as approximately 70 per cent of the places he travelled to fall in geographies where filming is difficult.

However, in January 2019, the Mr Singh and Ms Kaur led team embarked on a journey to retrace Guru Nanak’s footsteps.

“This herculean task, extending far beyond personal ambition, is aimed with a passion to preserve Guru Nanak’s teachings that perceives no borders or human divisions,” said Mr Singh in a press release.

Aided with the analytical study of the oldest ‘Janamsakhis’ (biographies of Guru Nanak) and supported by the allegorical messages in Guru Nanak’s verses, the team spent over three years filming all the geographies and multi-faith sites visited by Guru Nanak to present his life events in the form of a 24-episode docuseries.

Undeterred by adversities, they travelled from the deserts of Mecca in Saudi Arabia to Mount Kailash in Tibet, explored remote regions of perilous Afghanistan, experienced the scorching heat in Iraq, scaled the arid Baluchi mountains in Pakistan, sailed across the waters of the Indian Ocean to disembark in Sri Lanka, blended with the Persian culture in Iran, crossed the delta region in Bangladesh and mapped all four directions in India.

Commenting on the docuseries, Dr. Mohammad H. Qayoumi, President Emeritus, San Jose State University, said, “As a practising Muslim, I have found this docuseries filled with symbolic spiritual messages of Guru Nanak which will be enjoyable for everyone who has a curious mind. I highly recommend them to all viewers.”

For Amardeep and Vininder, every moment in Guru Nanak’s footsteps was philosophically liberating. It encouraged them to challenge their own conditioning, unlearn, relearn and assimilate the beauty of unity in diversity.

“In a world that is so fragile and volatile, there has never been a better time to understand why Guru Nanak travelled for 22 years to share his experiential wisdom and propagate the oneness of humankind,” said Ms Singh.

“Threats Against Indians In South Africa Do Exist, But…”: Ela Gandhi

Weekly Horoscope, 15 to 21 August 2021: Check predictions for all zodiac signs – Times of India

Viral Video: This Popcorn Salad Is Getting Roasted On Twitter

“Threats Against Indians In South Africa Do Exist, But…”: Ela Gandhi

Weekly Horoscope, 15 to 21 August 2021: Check predictions for all zodiac signs – Times of India

Viral Video: This Popcorn Salad Is Getting Roasted On Twitter

What's Cooking In Diljit Dosanjh's Kitchen? Take A Look At The Pictures 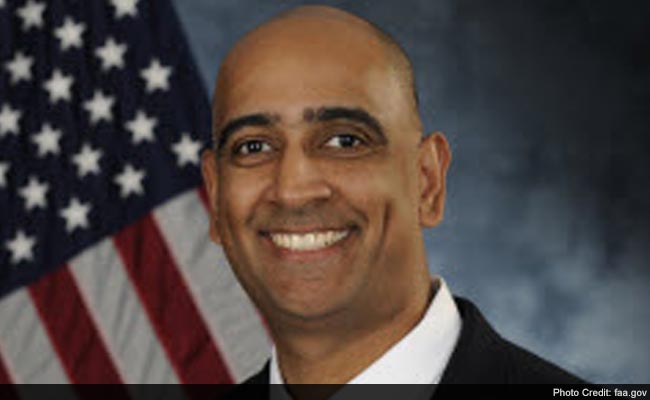