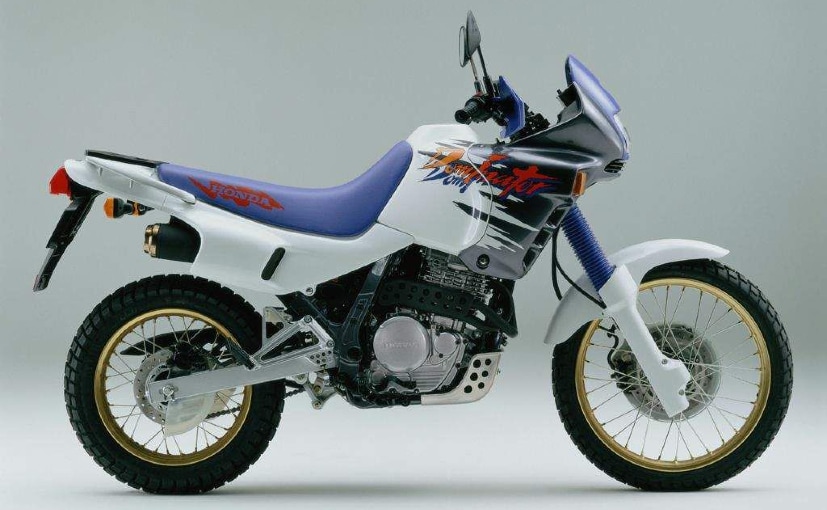 The Honda NX500 is likely to be a new mid-size adventure bike, and possibly based on the Honda CB500X.


The Honda NX650 Dominator was in production till 2003
Honda has recently filed trademark rights to use the name NX and NX500 in the European Union as well as another trademark application in New Zealand for the NX name. The NX has been in use in the past, notably for the Honda Dominator range of dual-sport models offered in the 1980s and ’90s, in several engine displacements, ending with the Honda NX650 Dominator that was produced till about 2003. The Honda Dominator could be in fact called the first hints at adventure bike styling, and with the global industry across segments showing a lot of interest in ADVs in recent years, Honda looks set to go back in time and use one of the popular model names.

The Honda NX500 is likely to be based on the Honda CB500X, but will likely be introduced in a different flavour, with retro-styling and possibly more off-road capability.

The Honda Africa Twin has proved to be a popular model since the name was revived from Honda’s history. And with murmurings of Honda looking to revive the Transalp name later this year, with a new 750 cc parallel-twin engine, there’s a small gap just below in the mid-size ADV segment, although Honda does have the crossover in the CB500X. The NX500, if introduced, could just be based on the CB500X platform, but with better off-road capability.

Previous Honda NX models had the Dominator name, but now that may not be an option, with TVS-owned Norton Motorcycle having trademark rights to the Dominator name, and Honda losing rights to the Dominator trademark in Europe in 2019 due to lack of use. The revival of the NX500 name seems to be to introduce a new range of bikes, something similar to the CB500X, in terms of performance and capability, but with retro styling, like the Transalp that is expected to be unveiled later this year. And it’s not just the NX500, but another Scrambler, likely to be called the CL500 which is also likely to be introduced, and based on the same platform.