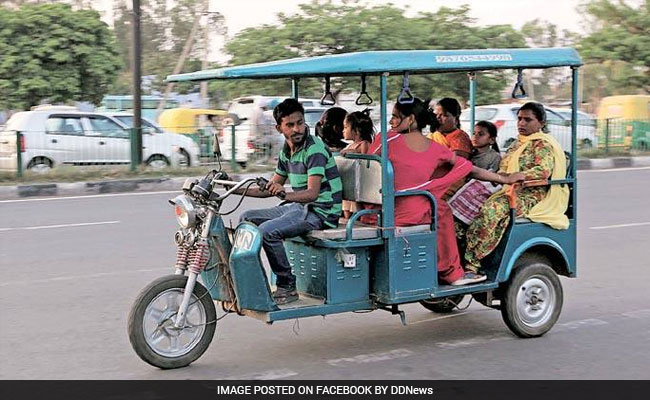 
E-Rickshaws banned in Lucknow due to congestion and pollution issues.
The Lucknow Municipal Corporation (LMC) has banned the operation of e-rickshaws on 11 routes in the city citing air pollution as one of the reasons. Lucknow Commissioner D K Thakur reportedly signed a notification calling for e-rickshaws to stop plying on 11 routes across the city including Hazratganj, Gomtinagar and Alambagh. The notification states that the move was necessitated to tackle air pollution, traffic jam, public safety and the convenience of citizens.

“To improve the management of traffic in the city of Lucknow, it has been decided to revise the guidelines using provisions under section 15 of Motor Vehicle Act 1988 and section 178 of Uttar Pradesh Motor Vehicle Rules 1998, for plying electric rickshaws in 11 routes in the city,” the notifications stated.

While odd that an electric vehicle is being blamed for air pollution the likely rationale could be the higher concertation of emissions caused by traffic jams in a locality.

Going by reports, city residents have reported numerous complaints over the past months over haphazard parking of e-rickshaws, issues of them stopping in the middle of the road to collect passengers among others. This is likely to be the reason for the latest restrictions in e-rickshaw operations in the city.