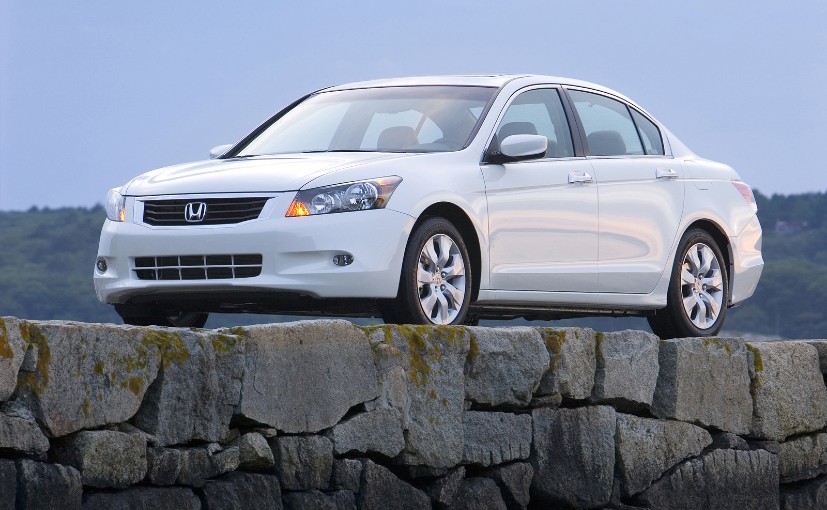 Finding the right car on a budget is a task. You need to choose between the right design, features, space, cost of ownership, running expense, resale value, and so much more before handing over your hard-earned money to a dealership for a brand new vehicle. But the used car market can open room for new possibilities and you can get more for slightly less. We are talking about pre-owned premium cars that pack all the niceness you would want from your vehicle. Such cars age well and can give you the premium experience at the fraction of the cost of a new one. But they are expensive cars to run and the best way to reduce the same is to get a CNG kit in place. Expect fuel expenses to be on par with a premium hatchback, while keeping performance and comfort in check. Keeping that in mind, here are five cars that are easily compatible with aftermarket CNG kits.

The 2008 Honda Accord with the 2.4-litre i-VTEC engine is powerful and premium. It still remains a head-turner despite the age

The Honda Accord was the flagship sedan from Honda Car India and the model was certainly one of the most powerful and comfortable cars in the mass market space. The previous generations of the Accord remained a popular buy in India and getting one today is easy with prices easily under the Rs. 10 lakh mark. The seventh and eighth generations of the Accord were most popular in India and these are the ones to go for if you plan to get an aftermarket CNG kit installed. The 2.4-litre i-VTEC engine is easily compatible and will offer enough power and boot space to keep you happy.

Another premium sedan that works well with CNG kits is the Toyota Corolla Altis. It’s a shame that India had to lose the Altis owing to low sales because the car was once extremely popular about a decade ago. The previous generation version is easy to find in the pre-owned car market and the 1.8-litre engine is extremely reliable and powerful enough even after so many years. The sedan offers ample comfort in the front and rear seats, while the boot is large enough to accommodate the CNG cylinder and then some. Although basic in features compared to this day and age, the Corolla Altis drives well with a plush suspension set-up.

An absolute gem of a car, this Honda CR-V is a future classic and one that’s easily compatible with a CNG kit

The Honda CR-V was one of the original crossovers to be sold in the country and the model remains a gem for what it has to offer. A comfortable five-seater SUV that was powerful on the highway and composed on the broken roads. While the latest generation version of the SUV may not have done wonders in the country, the old-generation CR-V remains available in the used car market and can still give some of the new cars a run for their money. It runs the same 2.4-litre i-VTEC petrol engine as the 8th generation Honda Accord, which is easily compatible with a CNG kit. The downside is the boot space being compromised.

The fourth generation can still be bought as new and that makes it a lucrative buy for those looking for a used example. It also gets a motor compatible with CNG as a fuel option.

If you are looking for something more recent, the fourth generation of the Honda City is a great car that offers new-age features as well as CNG compatibility. The sedan is also easier to find and cost-efficient to run with the 1.5-litre i-VTEC motor being reliable and efficient as is. Add an aftermarket CNG kit and you can lower the running expenses even further. Moreover, you can look at keeping the car for a longer period in your garage.

While the D-segment sedan space may have limited takers now, there was a time when the offerings were popular. So it’s easy to find a pre-owned older-generation Hyundai Elantra. The car looked nice, was fairly loaded on features and the 1.8-litre petrol engine packed ample power for the city and the highway. It’s also compatible with an aftermarket CNG kit and can reduce the running costs without compromising on other things. The fact that there aren’t too many on the road, makes it slightly more exclusive as well.