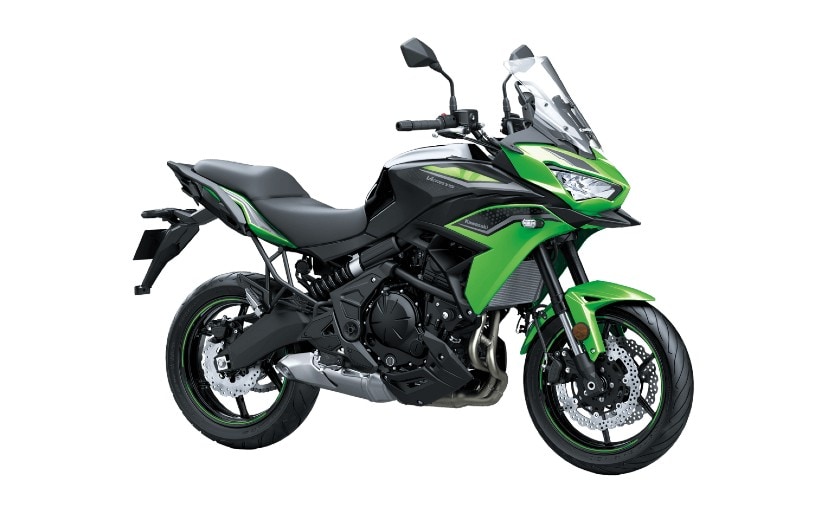 
The updated Kawasaki Versys 650 is offered in 2 colours – Lime Green and Metallic Phantom Silver
India Kawasaki Motor has launched the 2022 Versys 650 in India. The adventure motorcycle has been updated for MY2022 and is priced at ₹ 7.36 lakh (ex-showroom). Compared to the older model, the 2022 Versys 650 is about ₹ 21,000 more expensive and comes with a host of upgrades as well to justify the premium pricing. This includes the new and sharper split LED headlight design as well as a revised four-way adjustable visor that has been tweaked to gel better with the new styling. The bike also gets a tweaked engine cowl for a sharp new look.

Power on Kawasaki’s middleweight adventure tourer comes from the same 649 cc, liquid-cooled, twin-cylinder engine. The motor develops 65 bhp at 8,500 rpm and 61 Nm of peak torque at 7,000 rpm. Other mechanical components have also been carried over including 41 mm USD front forks and an offset monoshock at the rear. Braking performance comes from dual 300 mm front discs and a single 250 mm disc at the rear.

The middleweight adventure motorcycle segment is a hotly contested space and the Versys 650 competes with offerings like the Triumph Tiger Sport 660, Honda CB500X and the Suzuki V-Strom 650 XT.